Raise Your K/DR in Call of Duty

These are just generalized tips for below-average Call of Duty players who want to at least break positive at the end of their matches.

Have you ever went up against an enemy team that just seems to be one step ahead of you at all times? They aren’t psychic, and they’re less than likely to be genetically gifted with superior twitch reflexes. They’ve spent years honing their craft to the point that they appear to be almost untouchable while playing the game. They streak up, while you die. They hit every shot, while you miss a good portion of yours. They know when to jump a corner, and you’re spamming the jump button while panic firing your weapon. Let’s start your transformation from a less than impressive Call of Duty player to a formidable opponent that’s able to stand toe-to-toe with all but the best of players. 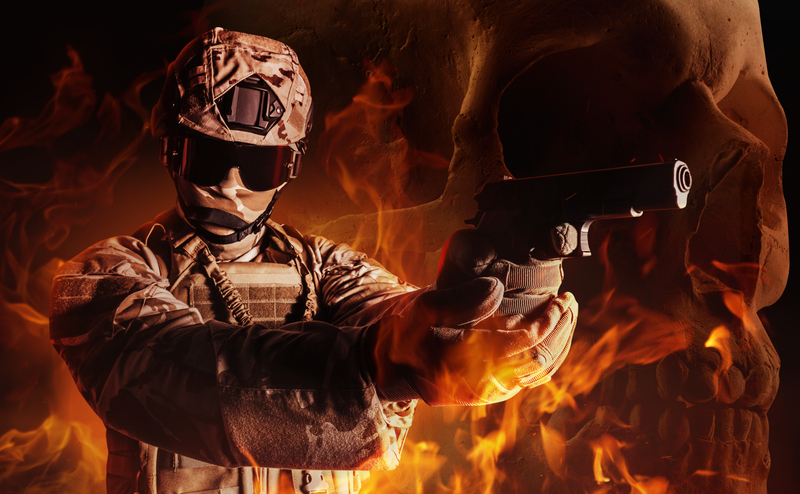 It’s Okay to Be Sensitive

The foundation for playing well at COD starts with your sensitivity settings. It cannot be stressed enough that playing on a high thumbstick sensitivity does not make you a good player. Playing on a high sensitivity is probably going to make you die a lot. Most pro-players play on anything between a 4 and a 6. Everyone is going to have a different speed that they’re comfortable with. A great way of finding your own personal sensitivity is to create a custom match filled with recruit-level bots, use a gun with a large magazine capacity, and hip fire every bot you come across. The feeling you’re looking for is one of precision. Are your cross-airs overshooting the center mass of the bot? Your sensitivity is too high. Does it feel like you’re fighting the joystick to get on target? It’s too low. It may take a good 10 minutes of trial and error until you find something that feels right to you.

Map Control Dictates How The Match Will Go

Before we talk about breaking cameras and bunny hopping, we have to talk about power positions and map flow. Every map, no matter how badly it’s designed, has a certain type of flow to it. Your team’s job is to control choke points to keep control of the map. This is especially important in game modes like Hard-point and Domination. The easiest way to gain map control is to secure power positions. What are power positions? The easiest way to identify one is whether or not it has a long sightline over a major portion of the map and ample cover. Sitting in a random corner that is out of the way isn’t going to help your team. If you’re using an assault rifle, find a power position and lock down a lane. Remember, power positions don’t make you invincible. They just make you a headache for the enemy team.

Most COD players dream of being rushers and harassers. They want to be the one that prevents the enemy team from even getting close to the objective. This playstyle is one of the more difficult ones, and most players fail at every level to pull it off successfully. This is where we’ll get into bunny-hopping and breaking cameras. To be a successful rusher, harasser, or slayer, you have to know how to use everything to your advantage, including breaking the net code. When you see a player come flying around the corner, they’re typically trying to get a few frames of advantage over you by breaking the net code and lag compensation mechanics of the game. While we aren’t going to get into the technicalities of why this happens, we will talk about when it is, and isn’t, appropriate to corner jump.

The most appropriate time to corner hop someone is when you know for a fact that they’re there, and you have a pretty good idea of which position around the corner they’re located. You’ll have a split second to lock on and fire before the other person realize what’s going on. The least appropriate time to hop past a corner is when you don’t know whether or not someone is there. If you come flying around the corner with an SMG, and someone is watching that corner with an AR from a good distance away, you’re going to get smacked down. An easy way to avoid doing this is to shoulder-peak your corners before you go careening around them. Shoulder peaking is the act of quickly running out from behind the wall and rushing back to cover. The reason for doing this is to gather intel quickly. It doesn’t necessarily mean that you’re going to be able to push past that corner, but it will always mean you’ll know whether or not that path is safe to rush without getting shot.

Spamming the jump button doesn’t make you a harder target, but it may confuse lesser-skilled players enough to get them to rethink their decision to challenge you. It’ll make them hesitate long enough to get the kill, but don’t expect this to work on higher-skilled players. Drop-shotting, on the other hand, works against all players of all levels. Drop-shotting is the act of holding in the crouch button to quickly drop to the ground to get your challenger off-target for a split second so you have time to kill advantage. Higher skill players are more prepared for this, but they’re more prone to messing up their shot if you drop shot as opposed to jump-shotting. The people who excel at these two techniques usually prefer SMGs, so they’re very conducive to the rusher play style.

When Behind Enemy Lines, Positioning Is Everything.

It doesn’t matter how quick your reflexes are if you’re staring down the entire enemy team. It doesn’t matter what you do in that situation, but something you can do is position yourself to only be visible to a few at a time. Try to funnel them through choke points so you can take them out one by one. That’s the best-case scenario. The most likely scenario is that you’re going to want to at least survive until another one of the rushers on your team decides to give you backup. If you feel like you’re about to be outgunned, don’t be afraid to retreat so you don’t lose your streak.

Don’t Sprint All The Time

Even if you’re playing a rusher, don’t get caught sprinting around corners. This has to be the number one reason most players get killed repeatedly. All guns in Call of Duty have a sprint-out time. This is the time it takes for you to go from a full sprint to firing your gun. SMGs are faster than assault rifles are faster than lmgs are faster than sniper rifles. It doesn’t matter how fast your smg is at sprinting out. If you get caught by an AR user who’s pre-aiming a corner, you’re more than likely dead. Center your cross-airs and be prepared to fire every time you turn a corner.

1. If you get mad, turn the game off
2. Don’t equip scorestreaks that you know you can’t achieve
3. Stop trying to copy other people’s playstyles
4. Have fun