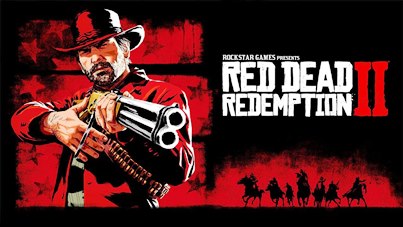 The release date of this game is on 5th November this year. However, in case you have already pre-ordered the game on 9th October, you will be offered several bonuses which include cash incentives for the main story plus gold bars for Red Dead Online.

This game will likewise be obtainable on other storefronts which include the Epic Games Store while the pre-orders will commence at a later date on 23rd October. However, individuals who are planning to purchase the game on Steam need to be patient until December.

We have provided more information below on Red Dead Redemption II and what can be expected from the game in the long run.

By viewing the launch trailer you won’t be able to make a perfect idea about the game. Apart from recapping the misfortunes of the gang, it also emphasizes on the Caribbean diversion rather heavily despite the fact that this is one of the weaker chapters of the storyline. In spite of this, Red Dead Redemption II definitely looks good on PC as expected.

A Cinematic Look at the Red Dead Redemption II World

The new trailer for the game released by Rockstar happens to be an environmental showcase that has been set to an Arthur Morgan monologue. We are going to explore the scenery in the wide-open world rather than actions plus gunfights once the game is finally launched. If you like the song which is played in the game, it will be interesting to know that it is actually the Mountain Hymn sung by Rhiannon.

What is so great about Red Dead Redemption II anyway?

Although it is not meant for everybody out there, while it was released for the consoles the game was widely admired for the liberty within it, its sprawling world, and its ability to make reactions to your behavior. Many gamers who have played the game on PS4 have appreciated it for its story, the sound design, and the world. Specific details about the game are being withheld by Rockstar for now; however, it has promised us to offer a range of technical and graphical improvements plus intriguing stuff like new Gang Hideouts, Bounty Hunting Missions, Weapons, and so on.

One also needs to consider the prospect of modding. Although GTA mods have not been supported by Rockstar officially, it has not prevented the innovative gaming buffs from mucking with the graphics, making GTA5 roleplaying servers, and including fresh character models.

Red Dead Redemption II is going to have weapons, quests, plus hideouts within the story mode

The M1899 pistol is absolutely new to the game while the High Roller Revolver, Evans Repeater, and Le Mat Revolver were only available originally in Red Dead Online.

Le Mat Revolver: A powerful revolver having the capability of shooting shotgun shells

Few Spot Appaloosa: A hardy and cute horse which is perfect for the cross-country expeditions

Perlino Andalusian: A sturdy and healthy beast which is appropriate for hunting

While playing the game, the Del Lobos gang will provide you with a couple of fresh hideout locations, namely, Gaptooth Breach and Solomon’s Folly where you can combat them.

Herman Zizendorf is involved in stealing equipment from the traders – you need to get hold of him in Blackwater.

Catfish Jacksons wants Camille de Millemont, the Ex-Confederate Cavalry Officer, either dead or alive. However, his loyal followers are not far behind.

Bart Cavanaugh along with his gang have set up camps in Big Valley. Your task will be to get hold of Bart either dead or alive without notifying his gang members about your intention in order to avoid lots of trouble.

Cat Eye: helps to increase the length of the effects of Fortifying tonic permanently by 20%

Hawk Talon: decreases the speed of Stamina bar train permanently by 30% while drawing a bow

RDRII is going to have graphical improvements on the PC

A generous list of graphical tweaks will be featured by the PC port for the game. Check out the system specifications of Red Dead Redemption II in order to find out what type of hardware will be needed for using these improvements to your advantage. Below, we have mentioned some adjustments that will be made to the PC port:

Mod tools are already being made by FiveM for the game

FiveM, the well-known multiplayer modding framework for GTA 5, has declared a version of the tools for RDRII PC which is referred to as RedM. It is going to be launched approximately 1 month of the launch of the game itself.

Thus after going through this review, it must be apparent to you that Red Dead Redemption II will provide a fantastic experience to every gaming buff out here. It will be a spectacular return to the Wild West when it comes to the game’s developer. The best thing about the RDRII is probably the deeply involving and heart-filled storyline which will stay in your mind even after the game is over. In a nutshell, it is something that will keep you engrossed for hours together.