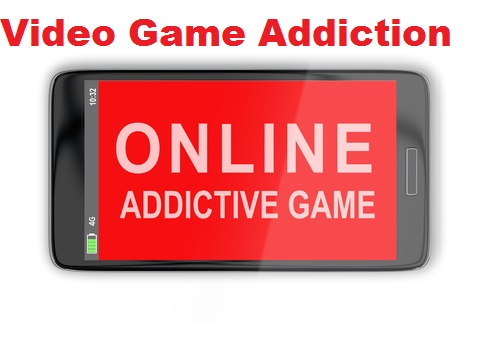 Video games can be addictive as cocaine or online casinos, the WHO (World Health Organization) forecast the update. The key symptom will be impaired control which means the player is not capable of stopping the game and has a deep focus on playing till the exclusion of anything.

Video game addiction is a state of mental condition that is affecting millions of people. To be precise, the person is so attached to the virtual world that other activities and interest gets ignored including eating and sleeping.

In bad case scenarios, avid gamers unable to keep themselves away from the screen don’t go to school, lose their jobs and cut-off themselves from the family alongside non-gaming friends. The majority of gamers are young and many of them still in their teens.

This behavior must be continued for a minimum of 1 year before it should be considered unhealthy. It is a fact that billions of people get their hands on video games worldwide but the majority of them don’t have this disorder.

The WHO estimates around 3 to 4 percent of the total gaming genres to be struggling with video game addiction. The only difference between gaming being an addiction and a fun hobby is the adverse effect which the activity is imposing in your life.

Video games are designed by using artistic behavior psychology that keeps you hooked to the game. Gaming will provide you with high dopamine but overexposure to this stimulation give rise to structural change in your brain. You tend to live in a world where you have instant satisfaction.

Games are so immersive and interactive that you will go on playing for hours and hours without noticing that minutes are passing by. The games help you to escape and watch measurable progress. They create such an environment in which you can feel totally safe and in full control of yourself.

Game developers stations some game design features which are manipulative in nature such as micro-transactions, in-app purchases, and loot boxes. Some government considers them illegal because they tend to represent qualities of online casinos.

The addiction towards video games exists because these companies are a billion-dollar industry and the more people that will hook onto their games, the more money they will earn.

The gaming addiction is an irresistible mental disorder that will cause serious damage in anyone’s life. It is not a big thing for any game addict to spend 10 hours a single day in front of a screen. More often they end up playing until dawn and many agonize from sleep deprivation.

Immersed in their own virtual world, these gamers will have poor diets consisting of only energy drinks which are full of sugar and caffeine. They suffer from malnutrition and dehydration. They will be irritable, moody, depressed, and aggressive and ceases to go to school or work.

In serious cases, these addicts develop a type of disorder called agoraphobia in which they fear to leave the house and others classified with hikikomori, a Japanese term denoting adults or adolescents who withdraw themselves from social life.

A gaming addict experiences functional impairment in various areas of life and devastating long term effects. They fail to get a college degree, suffer from unemployment and get divorced. 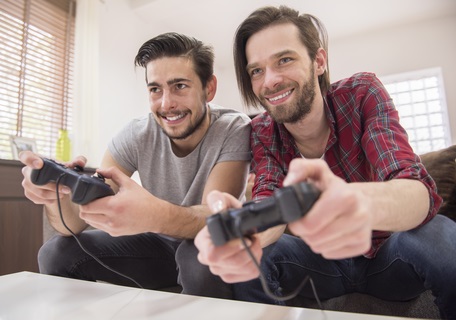 There is a relationship between behaviors of adolescents and adults that plays video games and gambling on online casinos. Researchers suggest that video games and online gambling activities are pretty much similar in terms of intermittent reinforcement schedules and interactive features.

A study was conducted amongst children to find out the exact nature of this relationship. About 104 children of 4, 6 and 8 grades participated aged from 9 to14. A questionnaire was given based on issues about behavioral changes after video game playing and gambling in both children and adolescents. It was later followed up by a computerized blackjack game which was administered individually.

The information gathered from the questionnaire and gambling performance on the blackjack task, classified two distinct groups, one high-frequency gaming players and other low-frequency players. An interesting aspect indicates the ability to take risks by avid gamers irrespective of knowing that gaming and gambling do not involve the same set of skills or whether they are aware that gambling is nothing but a game of chance.

It is a growing concern about the recent exposure of online mobile gaming, although detailed research has not been done yet. There are strong links between non-gambling fantasy games, gambling games, board games, role-playing games, and card games. Youths migrate from normal gaming sites to online gaming websites that lead to loss of time and money.

Gaming: A mental health problem or an addiction

Debates circling around video gaming as an addiction and not a disorder, you may have heard that gaming is a mechanism that understands and copes up with the mental health problems underlying our minds such as anxiety, depression, or ADHD (attention deficit hyperactivity disorder).

It is now an established fact that these two disorders or conditions are simultaneously present in a patient. Although for some people gaming excessively can help to cope up with mental problems but can give rise to gaming disorder.

It does not matter whether excessive gaming came first or it came later because of the primary mental health problems. Therapeutic treatments must treat the gaming disorder by itself, failing to do so will result in functional impairment. This treatment might be essential for an effective cure for comorbid conditions.

It is pretty clear that the diversity and variety of video gaming and online gambling are rapidly changing, developing and expanding. It is very important to continue monitoring the impact of these two behaviors on each other that might adversely affect the health both in the short term and long term.