The Adventures Of Tintin: The Secret Of The Unicorn 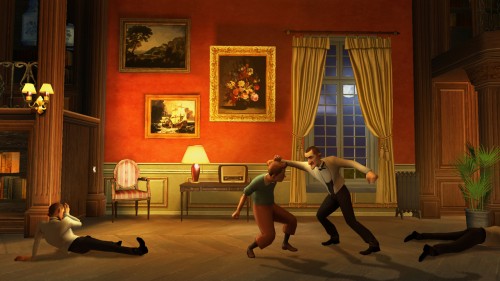 It may be difficult to appreciate the significance of Tintin’s big-screen debut, especially if you weren’t brought up on Herge’s classic comics (which were released from 1929 right through to 1983) or even the ace early-90s animation – but Spielberg’s interpretation of the young Belgian reporter is, for a particular demographic, a very big thing indeed. The reaction to The Secret Of The Unicorn has been generally aghast at the perceived liberties taken by Steven and co, alongside misgivings with its use of technology, culminating in one writer claiming that he had left the cinema feeling “as though I had witnessed a rape”. 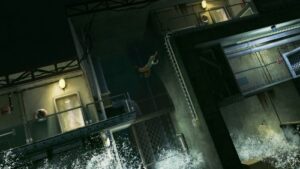 It’s safe to assume that nobody, after a few hours spent with Ubisoft’s affectionate take on Tintin, will be comparing the experience to, er, rape. Thankfully the game takes greater inspiration from the aforementioned comics and animated serial, as opposed to from Hollywood’s big-budget outing. Lovely touches abound; selecting the next level involves traversing a charming hand-drawn map, while the loading screens see Tintin and Snowy running together in front of a yellow spotlight instantly familiar from the show’s opening titles.

The success of Tintin the videogame is based on a simple design philosophy. Instead of heading down the thorny path towards CG ‘actors’ and 3D special effects, Ubisoft Montpellier (the studio from which this year’s superlative From Dust emerged, as well as playing host to the creative talents of one Michel Ancel) have instead embraced the aesthetic upon which Tintin’s success was first based: two-dimensional panels, crisply drawn, the trace of human involvement intentionally present. The visuals may lack the line-drawn clarity of Herge’s work, but they have a warmth and personality that is also reflected in the boisterous pace of the gameplay.

This is manifested in two central areas: the control over the player’s experience and the mechanics of combat. Of the former Ubisoft have, in the main story mode at least, adopted an unapologetically linear approach. Freedom does come in the shape of regular single-screen location-based puzzles in which the aim is to usually figure out how to clear the screen of enemies, but otherwise Tintin’s single-player adventure is tightly controlled, albeit punctuated by enough witty little ideas to keep the momentum zipping along. One minute you’ll be using a flashlight to illuminate a darkened room, the next you’ll be swinging along the side of a boat; Ubisoft have good form in 2D platform game design, and it’s a knowledge used with great effect here.

A simple control system supports the neat visuals and level design. In general the ‘A’ button is used for most functions, its context-sensitive nature allowing for jumping, rolling and climbing wherever necessary. Combat meanwhile is on a separate button. In general Tintin can take on the bad guys with basic punches, but it’s more fun to make use of various environment-specific attacks. These include banana skins causing enemies to slip straight into a wall, or a well-aimed projectile causing a chandelier to crash onto an unsuspecting group below. Of course, in Tintin nobody tends to actually die, but collapse to the floor in slapstick fashion, stars circling their heads.

Aside from the single-player Tintin also includes one further game mode of note. Co-op is a series of specifically designed platforming sections that take place in the booze-addled nightmares of Captain Haddock. The developers, presumably free from having to reflect the film’s narrative, here embrace surrealism with great effect, and there’s great fun to be had in playing through with a friend. The disappointing aspect to this is that online isn’t supported, as it would be easy to see an online supported co-op mode becoming something of a cultish pursuit.

The Secret Of The Unicorn is an extremely successful tie-in to what is a controversial film. It’s a slight shame that, whether for reasons of budget or resources, it feels a little truncated (the aforementioned lack of online co-op, and the necessarily limited nature of the single-player mode are the two most notable flaws), but then that just brings forth the tantalising image of how good a Tintin game based purely on Herge’s comics, with no filmic tie-in to consider, would be from the design team behind Beyond Good & Evil… Possibly the best family-orientated game of the year and certainly a must for Tintin fans.