Houser Nintendo Didnt Want us to Make GTA for kids 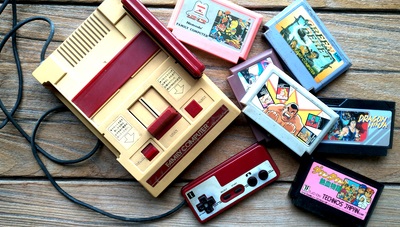 Nintendo Says No to GTA

There was a lot of controversy when the announcement of GTA: Chinatown Wars happened during the Nintendo E3 2008 event. You could easily hear the audible gasps of the audience, even though Manhunt 2 was already on the Wii, the anarchic and bloody series of Rockstar seemed to be unsuited to the DS. Despite the technical difficulties that it can create, it is also a rare ultraviolent gaming product that the family-friend handheld console doesn’t usually have. On the other hand, many have feared that the final product would be a watered-down game with a T rating. The VP of Rockstar, Sam Houser, then announced it, Grand Theft Auto: Chinatown Wars is not going to be diluted at all and will remain with an M (Mature) Rating.

The game is a part of the HD Universe of GTA. The Nintendo game, GTA Chinatown Wars, takes place in Liberty City during 2009. The game follows the criminal adventures of the spoiled son of the Triads boss, Huang Lee. After the death of his dad and the theft of the family sword, he sets on a mission. It includes many high-profile names in the Asian Scene of the city, to find the truth behind his father’s murder, and to locate the lost family sword.

Why Nintendo Didn’t Want Grand Theft Auto Made for Kids?

According to the founder of Rockstar, Dan Houser, Nintendo didn’t want them to make GTA for kids, and in return, he stated that they weren’t interested in the creation of a game that they wouldn’t make usually. Therefore, no one at Nintendo disagreed with Dan Houser that GTA must have an M rating.

The reasoning behind that decision is quite convincing. It is only because a game like Grand Theft Auto cannot be softened or diluted to become a family-friendly game; it is simply not that kind of video game. It is a game about violence, crime, criminal dealings, and more. These reasons sit at the very soul of the game, and without them, GTA will become a shell of its former self. GTA, just from its name, clearly indicates that it is all about stealing cars, as well as shooting people, gangsters, and dealing in drugs. How could it not have an M rating? Therefore, Nintendo didn’t want GTA to be a game for kids, and in return, the developer behind the game, Rockstar totally agreed.

GTA Chinatown Wars also has plenty of mini-games, one which includes dealing drugs. Players will try to trade and sell nine different kinds of drugs, including heroin.  The profit depends on the conditions of the market. It also depends on the area and the amount of service in it. According to the creators of the game, the mini-game mechanics were a massive success in GTA 3. Therefore Rockstar added it to Chinatown Wars. They will be a part of the plot, and it will intersect with the Main Storyline.